This is our last Weekly for 2018. We will be back with some highlights from this year early January and resume the full Weekly on the 15th. So, stay tuned for more stories on transparency, accountability, tax governance, civic space, data and learning for better grantmaking. Thank you for taking the time to read and offer feedback. From the entire TAI team, we wish you happy holiday festivities wherever you are!

To “save Europe from itself,” Thomas Piketty and a host of big names this week laid out a manifesto for change. Perhaps they’ve been reading our Fiscal Futures 2040, because at its heart it’s all about budgets and taxes, namely creating a “budget for democratisation” to be financed by taxes on profits of major firms, top income earners, highest wealth owners, and carbon emissions.

Such a Europe wide fiscal regime accountable to a new, sovereign European assembly would be one potential way to revive a social contract that has been undermined by growing inequality and public perceptions of the system being rigged. Yet how do you encourage similar commitment to a social contract in an authoritarian regime? China is looking at ways to boost personal income tax collection given estimates that only 28 of 187m people are paying what they owe. How hard can you enforce without rocking the boat when the association between tax paying and government services is not a given?

Sticking with attempts to counter tax avoidance, Canada is implementing a groundbreaking law to require beneficial ownership tracking by all non-public corporations governed by the Canadian Business Corporations Act. In San Francisco, the Federal government has made it difficult for all-cash home buyers in much of the Bay Area to hide their identities from law enforcement by using shell companies. Something Germany might borrow from to clean up its real estate industry.

Want your voice and views to count on the first global tax transparency standard within the sustainability reporting industry? Then send your feedback to GRI here. The bigger challenge will be persuading firms that they should adopt the standard.

Ownership is not the dream

Returning to measures to restore faith in public sector accountability and democracy, Martin Tisné (TAI member, Luminate) argues that the concept of “data ownership” is flawed and counterproductive. Instead, we need a “strong and vigorous data-rights infrastructure.” In that absence of that technology companies continue to run amock and Elaine Kamarck worries that artificial intelligence will further disrupt democracy if we are not prepared. Are there fixes? Yes, but they are long-term – toughen government regulation, strengthen political parties, and educate the public.

Kamarck would likely agree with Julia Powles and Helen Nissenbaum that technical solutions to AI bias can be a “seductive diversion.” They argue that a preoccupation with computational details risks distracting from structural social problems.

Looking for a last-minute gift for a lover of Transparency and Accountability issues? Don’t worry we got you! Check out some of our top reads. 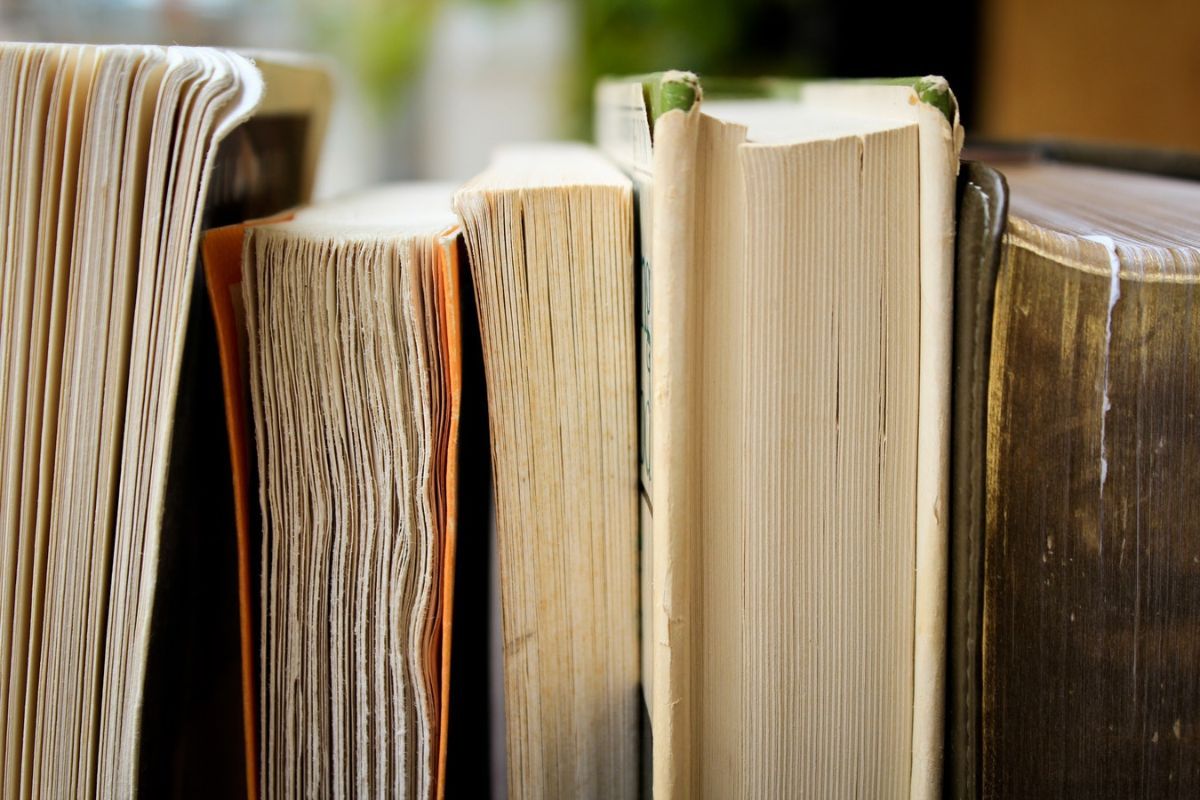 How are funders and grantees dealing with the continued clampdown on civil society? Both are having a hard time, judging by the latest analysis from the Funders’ Initiative for Civil Society (93% surveyed funders report grantmaking has become more challenging in the past 18 months) and TAI’s latest brief offering snapshots of a survey of TAI member grantees (81% surveyed grantees reported that closing space has made their work harder.) The survey offers some of the first data on how transparency and accountability groups specifically are experiencing shrinking civic space (See more under TAI spotlight).

So how do CSOs thrive in a society where the government has a tight grip? CSOs in Tanzania have not given up. Siena Harlin details a case of how Twaweza and other CSOs in the region are navigating such a hostile political environment while keeping their commitment to the public to advocate for civic freedom.

Talking of Twaweza, you may recall from last week that their Executive Director and Open Government Partnership civil society steering committee member was not allowed to travel. The Partnership has now issued a statement requesting Tanzanian Government to intervene. Meanwhile in Ethiopia, despite some positive moves, aid workers feel silenced.

The media are even more under fire (often literally). Irex’s dashboard lets you explore data and trends about independent media in 21 Europe and Eurasia countries, but it is not a pretty picture – journalists are under attack, financial constrains are an increasing burden on editorial independence, and propaganda and disinformation continue to infiltrate news narratives. At least Time magazine recognized the journalists who are “guardians” of the truth as their collective Person of the Year.

CSOs may also get some recognition soon as EPIC-Africa and Rockefeller Foundation launch the African Civil Society Organization (CSO) Excellence Awards with an evaluation panel to be led by Mamadou Biteye, Rockefeller’s Managing Director for Africa. Meanwhile, in Liberia, the African Development Bank is engaging with CSOs to define an elaborate strategy for effective engagement in the bank’s policies, programmes, and projects.

In other related news, WhatsApp has been linked to a lot of political unrest and violence, raising questions on the spread of disinformation, privacy rights, policing and India’s changing place in the world of tech.

Want to improve your digital security, but don’t know where to start? Check out Security Planner, a new project from Citizen Lab. Just answer three basic questions to get personalized recommendations on how to improve your online safety.

Imitation is the sincerest form…

One discussion thread at the recent Funders Initiative for Civil Society donor gathering was how progressive funders might learn from the strategies of conservative funders and civil society. We might have done well to start with the Nonprofit AF top ten list of learnings – much of it seems common sense – build funding relationship on trust and partnership; offer unrestricted grants; support leaders, movements, and institutions, not specific issue areas; don’t shy away from the political.

Talking of platforms, wondering where to search for coverage of effective or promising ideas and approaches—by issue, location, journalist, and success factor? Try the Solutions Story Tracker and search over 5000 stories from 156 countries on the world’s most pressing social problems. 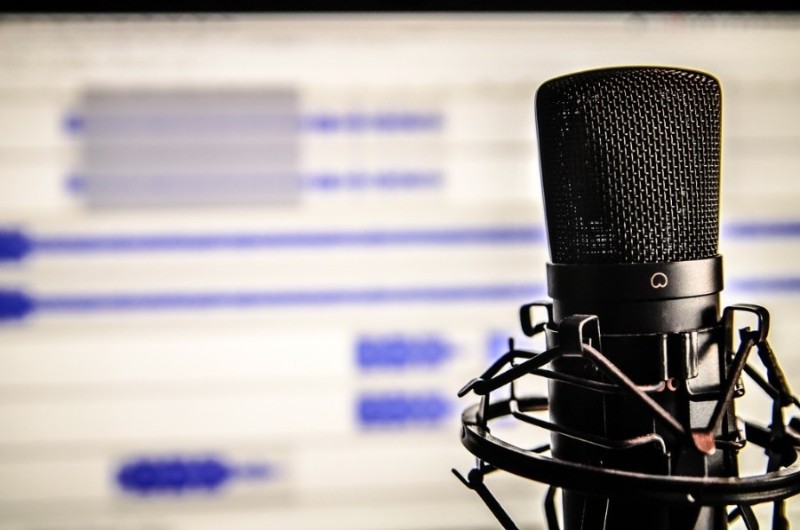 Glenn Tiffert explores how structural and technological shifts in the global information environment are making it easier for authoritarian regimes such as China to censor and manipulate information at the source and sanitize history. Listen here.

Transparency in the extractives industry begins with openly sharing or publishing the contracts. Kosmos Energy – an early mover on contract transparency – shares their take on why deals deserve to be public. Meanwhile, OpenOil has been studying the Kenya project of a Kosmos competitor – Tullow Oil – another in support of contract transparency. They have run a detailed fiscal model that suggests that government take is likely to remain in the low 60s% and the government’s 20% participation in the National Oil Company NOCK will not yield extra profits until the 2030s.

Pair these with the 5th edition African Governance report that examines efforts made to improve the governance of Africa’s abundant natural resources. The UNECA team point to continued failures for benefits to trickle down to populations as a whole. This is a case where ownership rights do matter, but too often those rights vested in the state are “a means of control by the political elite” further bolstered by “widespread opacity.”

On Track – Anti-corruption strategy | DFID
The UK has published its update on the first year of implementing its Anti-Corruption Strategy (2017-2022) and flags commitments to the agenda in the context of Brexit.

Anti-Corruption Beyond 2019 |MacArthur Foundation
Kole Shettima and Erin Sines reflect on anti-corruption progress to date prospects in the run-up to the Nigerian election.