Cleaning up the mess

Hot off the press! The UK Department for International Development (DFID) comes out with its new paper on governance for growth, stability, and development. AT the same time the Institute for Development Studies (IDS) has issued DFID funded research on fostering empowerment and accountability in “messy places.”  No time yet to check if the messages of the latter inform the former, but urge all our members to look at the research lessons for donors, including the need for more “joined up approaches, combining social, political and economic work in same areas and programmes.” Hints at a TAI failing that we haven’t got there yet.

Lots of other nuggets to dig into, including on the importance of opening and maintaining spaces that allow accountability to emerge, and risks of underestimating the persistent effects of fear due to authoritarianism. That’s a point that Robert Kagan would echo – see our Long Read of the week below.

The IDS researchers also flag that support for gender equality can be a valuable entry point for empowerment and accountability. All the more concern then that growing restrictions in many geographies are a major threat not only to women-led organizations, but to all campaigning for women’s rights, gender equality and the rights of all people. A recent policy brief from CIVICUS makes a case for safeguarding the participation of women activists in transforming traditional gender roles, embedded social norms and patriarchal power structures.

Heard of participatory video? It’s become an effective tool in bringing people together to fight for change. What impact does it have in the fight against corruption? Chris Lunch makes a case of how women around the world are making such videos to highlight corruption, reach decision-makers and create change. See these participatory videos on land rights and corruption from Ghana, Sierra Leone, Kenya, and Madagascar. Download this new guide by InsightShare and Transparency International to understand more about this approach. Wrap it up with recent research undertaken in Nigeria to understand how people adopted corruption reporting behaviors including mass text message campaigns.

In welcome news for information advocates, the European Parliament and EU Council have agreed on a pathbreaking piece of legislation that will help protect whistle-blowers around Europe. In the coming weeks and months, both the European Council and the European Parliament will have to endorse this preliminary agreement. It will then have to be transposed into national laws in the Member States. Something for other regions to emulate.

Meanwhile, recognizing that activists risk not just physical but mental pressures and trauma, Loretta Pyles argues that for healing to happen one should address them both. That’s a message that will resonate with our members considering holistic support for the groups they support working in difficult places.

Aidan Eyakuze, Executive Director of Twaweza East Africa in a conversation with Duncan Green from Oxfam GB discusses the crackdown inside civic space going on in Tanzania and calls upon CSOs to become more reflective about their own legitimacy and transparency. Listen now!

In a recent landmark U.S. Supreme Court decision brought against the International Finance Corporation (IFC) by a group of Indian villagers who argue an IFC project significantly damaged their community, the court ruled 7-1 that the institution is not immune from civil suit for “commercial activity which has a sufficient nexus to the United States.” While legal experts argue the ruling is still limited in scope and not to expect a flood of litigation – activists see this as an opportunity for the IFC and the rest of the World Bank Group to improve accountability standards, especially as they scale-up work in higher risk environments.

Meanwhile, more positive developments on investment accountability from the EU, where European Parliament and Council reached a provisional political agreement on a new set of rules requiring European investors such as banks, pension funds, and insurers, to carry out due diligence on potential adverse impacts of projects. NGO Global Witness celebrated the new agreement but argued that the real key will be its strict enforcement and willingness to challenge non-compliance.

In case you need a reminder as to why such diligence is necessary, the world continues to throw up cases of problematic large-scale investments. For example, poor land governance perpetuates deforestation for palm oil production – tightening up permitting and synchronizing land-concession maps suggest some improvements underway in Indonesia, although the weather may be as big a factor.

Venezuela’s fiscal straits owe a lot to the plundering of state resources. Recent investigative reporting on the country’s petro-diplomacy and corruption – #Petrofraude – documents the corruption and waste of public funds under the aegis of Petrocaribe, as well as the continuing diplomatic ramifications of the program. Perhaps hoping to avoid a similar fate, Uganda recently committed to joining EITI ahead of looming first oil production. Rene Roger Tissot hopes that more transparency actually leads to accountability.

The Strongmen strike back by Robert Kagan

In this new essay, Robert Kagan details the forms by which authoritarianism has re-emerged and posits it is the greatest threat to a liberal democratic world. More worryingly, he argues “we have no idea how to confront it.”

The Australian Taxation Officer is fed up with lawyers abusing claims of attorney-client privilege. As their Commissioner noted last week, they are seeing lawyers claim privilege on tens of thousands of documents, leading them to ask “Are you using legal professional privilege because you have a genuine need, or as a way to cheat the system? We’ll be taking a tougher stance in the future.”

Sticking with the theme, do public beneficial ownership register violate personal privacy? Not so much say Tom Walker and Adriana Edmeades-Jones of Engine Room. Not that we anticipate this will prevent future legal challenges to disclosure. Some of those challenges may well come from UK crown dependencies – Isle of Man, Guernsey and Jersey – as British MPs look at ways to insist they disclose who owns shares of companies listed in their territories.

They might also want to look at what’s needed beyond the existing public registry for the mainland to curb anonymity in the property market. Global Witness gave evidence this week estimating that over 87,000 properties in England and Wales are owned by anonymous companies registered in tax havens. Those properties are worth at least $56 billion. How many of those purchases were financed by criminal activity? Your guess is as good as ours.

From dream to nightmare

As the World Wide Web celebrates its 30th anniversary, Sir Tim Berners-Lee reflects on how the web has changed the world, but not always as he hoped. He makes a case for a web to serve all humanity. In the meantime, we are faced with such web-born challenges as the spread of fake news. If you needed any further reminder of the trends, see this roundup by NiemanLab.

At least there will soon be more real online data to contest space with the fabricated as President Trump signed into law the Open, Public, Electronic and Necessary Government Data Act, requiring that nonsensitive government data be made available in machine-readable, open formats by default. Positive developments in Lebanon too as the government passes a freedom of information law.

Thinking of how to shape a data solution for social impact? Jake Porway from DataKind offers important guiding questions. What is your mission and theory of change? What are your biggest bottlenecks? What data do you have available, if any, how was it collected, and what assumptions were made? Many points are consistent with TAI’s own guidance on what makes for a savvy governance data investment.

TAI’s Chair, Ruth Levine of Hewlett Foundation, sparked a lively Twitter conversation this week with a simple question on “What should INGO funders look for and ask about to understand whether their relationships are genuinely supportive of community-based organizations?” Track the thoughtful commentaries.

In such relationships, INGOs might want to consider similar dynamics as funders look for. Rusty Stahl argues that should include a concern with the entire grantee workforce, not just grantee leadership. How to do this? Understand the difference in perceived needs. Acknowledge the value of all grantee staff. Ensure a robust talent pool. See grantee organizations as a workplace. Meanwhile, Karen Weisblatt notes that philanthropy needs to address ‘all of the questions connected to diversity’, not least so that ‘foundations themselves look more like the populations they are serving’. Let us know if you want more resources on diversity, equity and inclusion gathered for TAI’s recent learning day on the topic.

Failure has always been a tricky concept for many grant makers. Many celebrate when they fund innovation, but don’t often celebrate failure – even though failure is often a critical pathway to future innovation. Magdalena Banasiak, DFID (TAI Member) Innovation Adviser calls out for the sector to become more comfortable with failure and learning from it. This might include doing a better job of capturing stories of failure to inform organization and theme learning, a topic that came up in an Open Gov Week session on storytelling last week – see TAI Spotlight for more.

Evidence vs Storytelling | TAI
Michael Jarvis, TAI’s Executive Director took part in an Open Gov Week panel discussion on “Evidence vs. Storytelling – Which Works Better to Convince Skeptics?” to debate how evidence and storytelling are critical in persuading Skeptics and recruiting advocates to join the open government movement. Get more insight from our story behind the story report, which was also featured by co-author Jed Miller at the Nonprofit Technology Conference this past week. 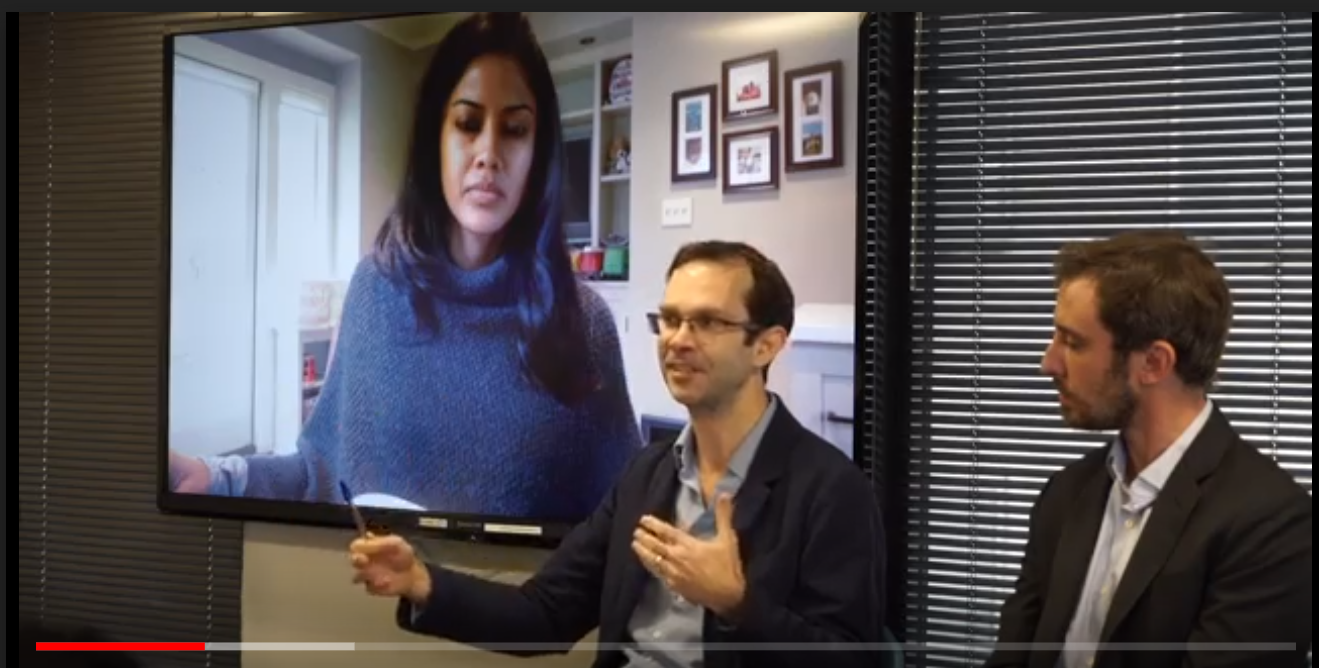 TAI Weekly | Neglect at your peril
By TAI