If we are to make significant progress toward controlling climate change, transparency over actions taken will be vital. Take coal phase-out – Xinyue Ma and Kevin P. Gallagher dig into fill a collective knowledge gap and find that while China is the largest public funder of overseas coal plants, 87% of total coal financing (public and private) is from outside China. So, many players on the hook for change.

How do fossil fuel-rich countries navigate the challenge? William Davis and David Mihalyi explain the opportunities and challenges for Senegal as they scale oil/gas production just when the world is recognizing the need to leave fossil fuels behind. Next door, Ghana’s new budget prompts Denis Gyeyir to urge clarity on what constitutes “public investment” and stronger public financial management as successive governments justify high expenditures against volatile petroleum revenues.

Zainab Usman urges African countries to seize a closing window of opportunity to diversify their economies to build resilience against a steep decline in demand for hydrocarbons and the pathologies of climate minerals extraction.

Some signs of those pathologies in play as EITI in the Democratic Republic of Congo calls for reform of state-owned enterprise after examining the financial statements of nine such firms operating locally.

Meantime, Global Witness warns that Myanmar’s multi-billion-dollar jade mines are becoming even more of a slush fund and source of patronage for the military junta and urge consumers to boycott purchasing any gemstones.

Staying in Asia, Andrew Dornbierer laments the fact that laws targeting unexplained wealth exist but are rarely used. He says it’s high time the laws are dusted off to tackle the region’s rampant corruption.

Matthew H. Murray, Alexander Vindman, and Dominic Cruz Bustillos detail the threats of “weaponized corruption” deployed by authoritarian regimes to undermine democracy and rule of law (which reminds us of piece TAI did some years back on such regimes similarly weaponize transparency). Gina Jurva offers 5 ways that the US can fight financial crime and strengthen security starting with strengthening its Financial Crimes Enforcement Network.

Those in the UK might want to consider their equivalent, especially to tighten up a London legal system that appears to roll out the red carpet for the world’s super rich – oligarchs and all. Perhaps no surprise that in four out of the past six years, there have been more court litigants from Russia and Kazakhstan than anywhere else outside the UK.

Some encouragement for those hosting events for African Anti-Corruption Day this past weekend, as former South Africa President Jacob Zuma surrendered himself to the police for a15-month jail term after failing to abide by the Constitutional Court’s order to appear before the Commission of Inquiry into State Capture.

OpenCorporates celebrate the fact that the US General Services Administration will shift from a proprietary database to open identifiers for corporations registered in their System for Award Management. They have also published a white paper addressing the drawbacks of proprietary identifiers and the benefits of transparent legal entity data.

Amid many strains between governments and civil society around the world, Open Government Partnership (OGP) talks about how to do co-creation in their national action plans and why the OGP is an excellent platform to push for environmental democracy as stipulated in the Escazu agreement.

The launch of the COVID Africa Tracking site gives a new tool to those seeking to assure effective use of state resources for fighting the pandemic and related economic crisis. In Nigeria, CSOs used its launch to draw attention to the fact that the use of much of $50+ billion in COVID spending is unaccounted for.

As governments around the world look to restore public finances and public faith in their economic management,  Rob Whiteman encourages the adoption of accrual accounting to aid accountability as tracked in the latest International Public Sector Financial Accountability Index.

Meanwhile, at the multilateral level, World Bank President David Malpass says the institution is “committed to being accountable to people and communities we serve,” as he introduces a new Independent Accountability Mechanism Policy for its private sector lending arms IFC and MIGA, responding to recommendations of an independent review.

TaxWatch analysis shows that the package agreed at the G7 and now endorsed by G20 finance ministers would lead to a tax cut for tech companies subject to the Digital Services Tax. African civil society organizations call for rejection of the deal and creation of a truly inclusive process of reform at the United Nations.

Liz Nelson of Tax Justice Network highlights the failure of tax and broader fiscal systems to deliver intersectional equality and human rights with failures rooted in unchecked illicit financial flows and the actors and structures behind them.

Power of the collective

Further evidence of philanthropy doubling down on big systemic needs – most notably gender and climate. Last week, we told you about the series of contributions around gender equality. Co-Impact get in on the act with a new Gender Fund that aims to raise and deploy $1 billion to support women-led organizations in the Global South. On the climate front, another billion for renewable energy programmes in Nigeria, India, and Ethiopia alone from IKEA and Rockefeller Foundations, while experts weigh in on where philanthropy can best put its money re climate solutions and technology. It will be interesting to compare with TAI’s forthcoming scan of needs and opportunities focusing on governance aspects.

Systems change does not come easy – John Kania highlights 3 ways to ensure systems change effort can persist – solidify new mental models, establish new relationships, and share power. Laura Deaton thinks the social sector can drive demand for solutions and spur policymakers to act only if grassroots, community organizations, lobbyists, and social enterprises see themselves as part of a movement rather than individual missions or causes. Linda Fowells and Malka Ranjana Kopell add understanding how network members interact with each other is crucial to advancing their common aims.

How to know if you are having a positive effect? Eleanor Carter and Nigel Ball spotlight shared outcomes for social impact programs that work while the team at 60 Decibels detail how to craft an effective impact performance report.

Gates Foundation also announced a $15 billion gift from its two chief benefactors — their largest in two decades — and an expansion of its board, which has long been criticized as too small and insular.

A new initiative led by Friends Provident Foundation and supported by eight other U.K. foundations will independently and publicly rate foundations in the U.K. to foster openness to new conversations in UK philanthropy. Cor Hoekstra looks forward to a world where philanthropy becomes more accessible for everyone regardless of their income. 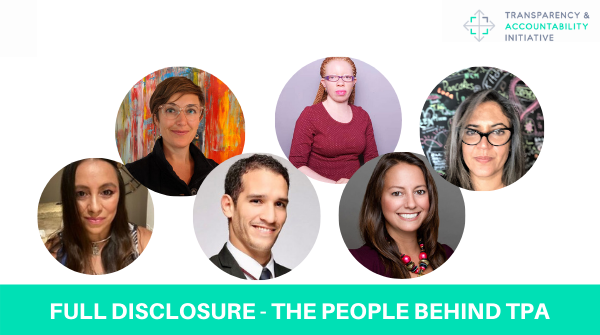 ICYMI – the series continues apace in revealing the people behind TPA progress. Recently, we spoke with Naomi Hossain on the need for civil society to make a case for their value and role in society, NRGI’s Suneeta Kaimal on the value of TPA in the extractive sector, and HRFN heads on embedding values at the core of grantmaking. TAI member grantee from the VOICE initiative, Olive Namutebi, also shared her experience of advocating from the place of evidence while CoST’s Manuel Gonzalez Caballero push for strengthening integrity in construction.

Advancing diversity, equity, and inclusion in grantmaking – A guide for reflection and learning | Open Society Foundations

The guide draws from experiences of Open Society grantmakers and peer funders to support those seeking to incorporate the values of diversity, equity, and inclusion (DEI) in their grantmaking practices.

Pressure testing our ideas: A challenge to funders | Hewlett Foundation

MacArthur Fellows Nikole Hannah-Jones and Ta-Nehisi Coates will join the Howard University faculty to support Howard’s continued education of and investment in Black journalists. The appointments are supported by $20 million donated by the MacArthur, Knight, and Ford foundations, as well as by an anonymous donor.

Inclusion is the patriotism of the highest order | Ford Foundation

Darren Walker writes on the present-day hear around representation in America – who gets included and excluded. He advocates for a multiracial, multi-ethnic, pluralist democracy that extends the blessings of representation to all.

TAI Weekly | Love to be feared vs. fear to be unloved
By TAI