We start this week with all things natural resource governance-related. Prompted by events in Guinea, the Financial Times calls out the “urgent need for better governance in impoverished resource-rich countries.” No surprise some celebrated the coup when corrupt deal-making has meant most Guineans have seen little to no benefit from vast bauxite and iron ore deposits.

At least a note of encouragement as some of the biggest mining companies, including some active in Guinea, commit to a common set of beneficial ownership transparency policies and practices. Beneficial ownership is also the focus of a new effort by EITI and Open Ownership to take action on corruption in the extractive sector.

Lots of new content from the Publish What You Pay network, starting with uplifting “stories of change” (e.g. from Zambia and Philippines), a civil society guide with practical steps and recommendations on how they can advocate for more efficient and transparent mining local procurement, and then a reminder of the challenges with a report on Myanmar showing how revenues are flowing from international oil and gas companies through the state-owned Myanmar Oil and Gas Enterprise. These revenues are more likely than ever to be a direct source of finance for the Myanmar military junta.

Further reminder of the scale of problems from Ashley Nancy Reynolds who details human rights abuses in European-backed extractives projects in Armenia, Georgia, and Kazakhstan and urges investors to be proactive in protecting human rights and environmental justice.

Staying on the investment track, Tariq Fancy’s three-part (first, second, third) essay The Secret Diary of a ‘Sustainable Investor’ confronts tricky questions on environmental, social, and governance investing and highlights the need for more regulation of the market.

Tariq might find some encouragement in this brief offering in-depth analysis of the regulatory sea change in sustainable finance and reporting (including the European Commission’s updated finance and disclosure regulation).

Jeff Bezos announced grants worth $203.7 million from his Earth Fund mostly focused on US groups addressing climate justice. Here’s hoping the next fund will include more similar support for underserved communities in the Global South. 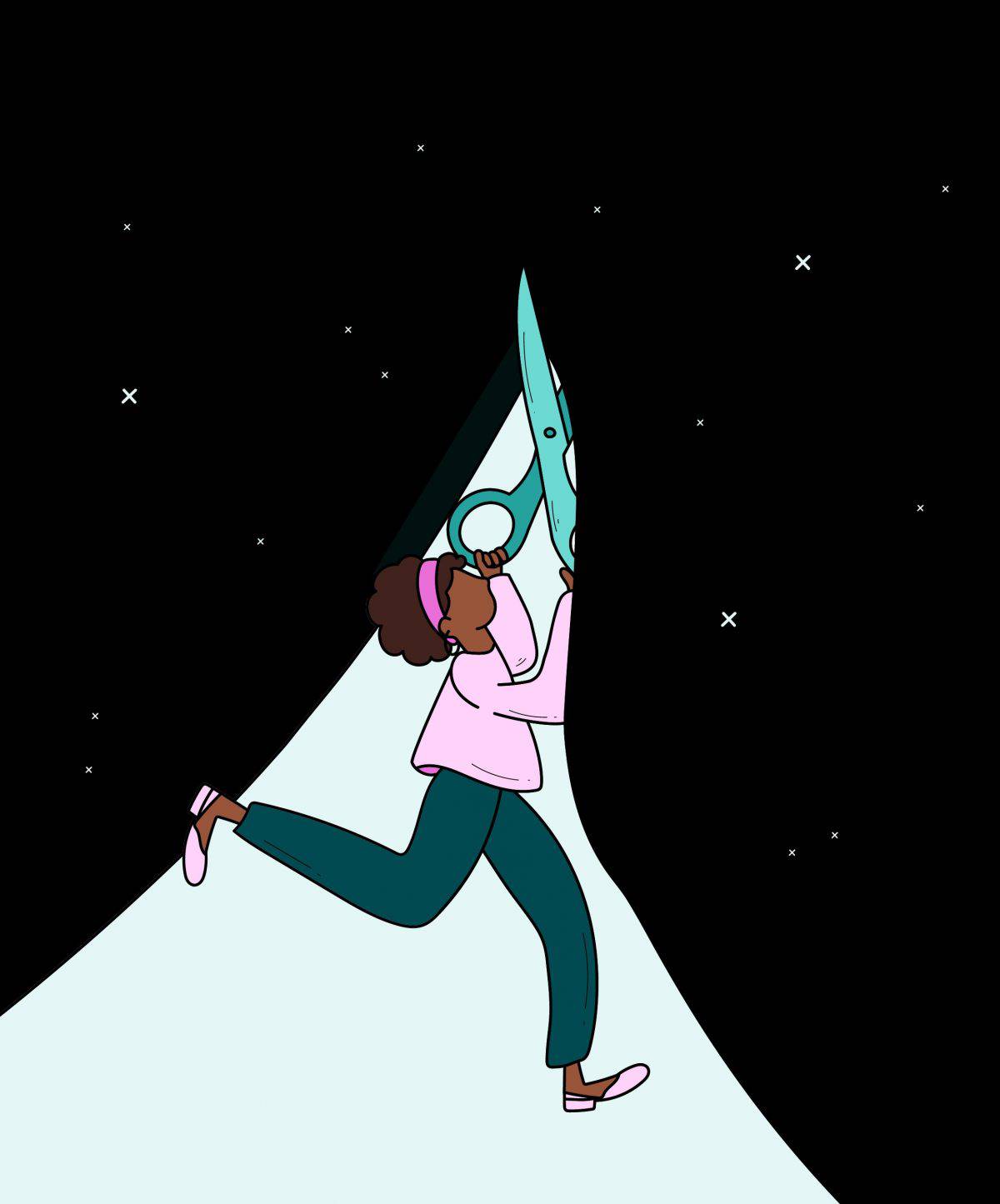 Government-imposed internet shutdowns are growing “exponentially” at the expense of democracy. This special issue of The Current details how “Fighting back requires shining a light where governments impose the dark.”

Shifting from big tech to big data, World Bank data experts explain why international data standards pay off. A case in point is flagged by the Open Contracting Partnership – Sophie Brown and Romina Colman share how multi stakeholder coalitions are boosting competition and transparency in the Mexican state of Nuevo Leon with the use of the Open Contracting for Infrastructure Data Standard.

Of course, no amount of standards will help when there is no data to work with. Carlos Perez-Brito calls for more indigenous people-specific data. The current data dearth shouldn’t be a justification to further marginalize these groups.

Civil rights expert Danielle Citron and Upworthy co-founder, Eli Pariser share their views on the Internet’s current trajectory and how we might course correct

Alfredo Collosa examines the role of tax transparency and exchange of information in tackling tax evasion, corruption and other financial crime globally, noting that, “International tax cooperation should be scaled up in a way that is universal in approach and scope and fully takes into account the different needs and capacities of all countries.” He may be buoyed by big oil’s Shell now saying that multinational companies have nothing to fear from country by country tax reporting.

The scale of the informal or small-scale economy in much of Africa further limits tax take. In a case in point, a group of researchers analyzed the tax systems on artisanal miners (ASM) in Zimbabwe and found that “the system is failing to bring ASM into the tax net.”

20 years after the 9/11 terrorist attacks, Gary Silverman says the envisioned united front against dirty money has failed to materialize. While banks spend billions to comply with anti-money laundering laws, other business sectors routinely involved in dirty money schemes continue to wriggle out of regulations designed to make people safer.

The End Snow Washing Coalition pick up a similar tune across the border in Canada with this video calling time on anonymous shell companies and demanding a world class publicly accessible beneficial ownership registry with verified data.

Prosecutors in Guatemala have begun an investigation into allegations that Russian businessmen paid a bribe to President Alejandro Giammattei to obtain a dock in one of the country’s main ports.

In South Africa, William Gumede asserts that “public accountability ecosystem is broken,” with the judiciary too often the last bastion for rule of law when failure to deliver on promises and follow-up on mismanagement and corruption are exposed by civil society, media, and citizens and public auditors.

More accountability concerns are being raised in Indonesia, where the government’s move to merge multiple science and Research and Development ministries into a super agency called BRIN where funding, governance and peer review would potentially all happen under one agency.

Alexandra Wrage spoke with Leonid Volkov on Putin’s obsessive campaign against Navalny, the deep roots of corruption in Russia and how the West can help end the looting, the influence of tech companies in Russian politics, and more.

Godefroid Muzalia flags issues with power dynamics, inequity and corruption in the international development research “business”, while Heidi McAnanlly-Linz offers lessons learned from colleagues in a decade working with innovations for poverty action. We’re particularly intrigued by #4 – “step aside and let south-south learning happen.” That’s one that will probably resonate with Alan Hudson, who offers his favorite recent reads on open and adaptive development.

Turning to the funding side of things, how might the crisis of the last two years reshape philanthropy and the nonprofit sector? Deloitte Monitor Institute explores what’s next for philanthropy over the next decade. Meantime, ex-TAIer Ruth Levine asks if MacKenzie Scott will fix strategic philanthropy as her donations don’t deal with the paperwork-laden grants that preoccupy most foundations today.

As for bilateral donors, Rachael Calleja and Mikaela Gavas look back at the FCDO’s first year and examine the extent to which DFID’s core strengths have been impacted by the merger.

Transparency and Accountability Initiative (TAI) publishes a brief with On Think Tank on trends in transparency, accountability, and participation (TPA) funding globally in the face of COVID-19 based on a longer report written as part of a landscape scan of the TPA field for the Hewlett Foundation. Want some snapshots? Check out our ten charts on TPA funding in 2019.

Chandler Foundation’s signature magazine, Social Investor is now out! The third annual issue features 30 social change leaders who share a courageous goal: telling stories that inspire others to act toward building a more just and equitable world for all.

Hewlett Foundation shares an evaluation of their international reproductive health grantmaking ahead of the launch of a new strategy. Also, read the foundation’s commissioned report on media coverage of cyber issues from 2019-2020.

MacArthur Foundation grantees report on how policies can create algorithmic accountability and how world governments have been misusing spyware to target the press.

Open Society Foundations move ahead on transformation following a new path chartered in June. The Foundations calls for a just COVID-19 recovery and urged G20 countries to commit more funds to end COVID-19 in low and middle income countries this year.

Ford Foundation’s Noorain Khan and Maria Torres-Springer reflect on the powerful justice movement built by Black, Arab, Middle Eastern, Muslim, and South Asian groups in the aftermath of the 9/11 attack and why these lessons remain crucial today.

Ideas for Future Work on Transparency and Accountability