We’re currently conducting a communications survey as part of a larger audit of our communications effort. We would be grateful if you would take 5-10 minutes to fill out this survey. Each respondent will be entered into a random draw with one lucky winner to receive copies of the last 5 books featured in the TAI Weekly “recommended long reads”!

We start with firestorms in big tech. Putin’s allegations of US tech interference are all part of efforts to shut down opposition ahead of a highly controlled parliamentary election – even extending to creating doppelgangers. Democracy advocates are dismayed as the platforms agree to the Russian government’s request to pull a tactical voting app.

No glory either in the revelations from the Wall Street Journal’s “Facebook Files” exposing how knowledgeable Facebook was of the platform’s “ill-effects” and alleging the company failed to fix numerous problems that it’s long known about, and in some cases made them worse. Meantime, misinformation and online censorship grow dire in China, Russia, and Singapore.

Against this backdrop, no shortage of contextual challenges facing Maryana Iskander as she becomes the new CEO of Wikimedia Foundation. Staying with tech for good, checkout this interesting thread on the role of funders in supporting civic tech from Hewlett foundation’s David Sasaki – lots of hard won TAI and TPA community lessons reflected in there.

Turning to tech reg, Ben Green lays out shortcomings of policies that prescribe human oversight of government algorithms and calls for a more rigorous approach.

Kroll surveyed 1,336 senior corporate decision-makers in 17 countries for its 2021 Global Fraud and Risk report. Large majorities of respondents are conducting corruption risk assessments and employing data analytics, but 82% still feel corruption is significantly affecting their organizations. Indian boardrooms stand out as especially optimistic. 81% of Indian respondents believe that sufficient board-level attention and investment is given to bribery and corruption risk, well above the global average (72%).

Surveys are always open to interpretation, but one would hope the underlying data would hold. Not so at the World Bank where the flagship, but long controversial, Doing Business report is no more. The Bank pulls the plug following a scathing review that found both data and ethical failings, including responding to country pressure to boost individual rankings.

Data availability is still a challenge in so many contexts. Jorge Florez lays out the struggles to get hold of and use data on COVID-19 funds in Africa, while Engineers Against Poverty’s data investigation into levels of transparency in the UK infrastructure sector reveals worrying issues concerning access to information around high cost transport and healthcare infrastructure projects.

Open Government Partnership wants your help in designing co-creation and participation standards to foster more ambition and better implementation of commitments as Mor Rubinstein shares reflections on the current UK open government action plan and why it needs to be centered more on equity.

The Accountability Lab team unpacks key trends in the accountability and governance space in their new podcast series.

The global head of accounting giant KPMG wades into a dispute with the UK regulator – successfully preventing publication of a letter further criticizing the quality of the firm’s UK audits. None of this will surprise Alex Cobham who calls out the false objectivity of the “big four”, noting that until we recognize them for what they are (service providers led by financial interest), we will continue to get stung.

Pedro Izquierdo explains how trade-based money laundering phenomena affects global commerce and how legislatures can help. According to him, “Only by developing policy solutions… can Mexico, Colombia, Latin America, and the world work to weaken criminal financial structures and preserve the trade integrity of global commerce.”  Meanwhile, Gary Silverman flags how the rise of decentralized finance (where banks and brokers are cut out of the process) is set to create yet more opportunity for money launderers.

In case you missed it, Jackie Harvey lays out ways in which grand corruption manifests in Nigeria and its effects on public administration. 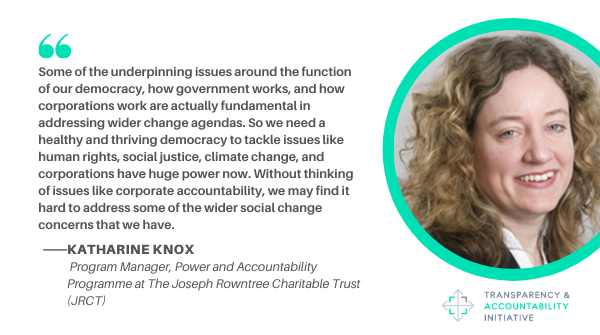 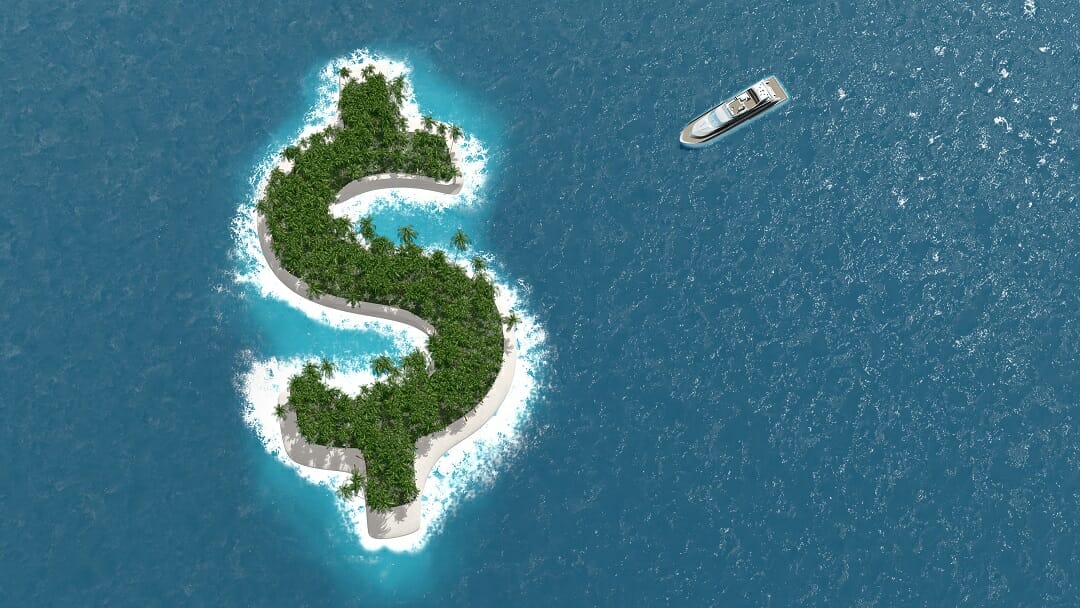 Christian Aid calls out Ireland’s continued addiction to tax haven status, urging the government to get its act together fast amid global tax reform efforts. Across the Atlantic, Bloomberg details how rich Americans are using retirements and mega-IRAs accounts to avoid taxes, while in South Africa, wealthy taxpayers are leaving in their thousands, raising concerns on how do to tax the rich when they are emigrating.

For governments wanting to make sure they aren’t losing out to other countries, there is a new tool to help – the Tax Treaties Explorer website allows you to explore the dataset of almost every tax treaty signed by developing economies.

COVID spending and economic impacts increase pressure on governments at all levels to find revenues. A case in point as Nigerian federal and state governments battle over VAT receipts – read up on the dispute and constitutional background.

A hard-hitting new report from Global Witness reveals how unaccountable and violent exploitation is driving the climate crisis. 2020 saw the highest number of lethal attacks against land and environmental defenders – 227 killed of which over 50% concentrated in Mexico, the Philippines, and Colombia. 30% of the attacks were linked to resource exploitation such as logging mining and large scale agriculture.

More concern on climate justice progress as Aljazeera points out a landmark pact to protect Amazon rainforest has shown little progress due to an implementation gap – an all too familiar story to many TPA activists. Corporate capture is certainly a factor in slowing climate action – one latest example this week from the UK revealing the high influence within the oil and gas authority.

More positively, fascinating to see China’s Ministry of Foreign Affairs backing the suspension of six Chinese mining companies in a DRC province for illegal activities. DRC mining is also one focus of the Responsible Sourcing Network that works to help companies to root out slave labor risks deep in supply chains, working with many big brands and with philanthropic support.

Natural Resource Governance Institute launch a new corruption diagnostic tool to help find practical ways to take action against corruption in the extractive sector. Less good news that the Australian government have been accused of ‘choosing secrecy’ by seemingly abandoning their promise to join the Extractive Industries Transparency Initiative even though Australia’s biggest miners are EITI supporters.

Checkout the guest-line up for season 2 of the Giving Done Right Podcast by the Center for Effective Philanthropy. Listen to the first episode here.

Participation to the fore

Following the release of their report (featured in last week’s newsletter) on what’s next for philanthropy over the next decade, Deloitte Monitor Institute experts note that while sustained public critique has the power to change the field, it’s hard to know what will actually stick.

More optimistically, Jaser Alsharhan explores how defining values, boundaries, and rituals can play a role in transforming day to day grantmaking practices and processes. Read alongside the push to treat participants as experts in their own experience and the story of a community foundation’s participatory grantmaking effort. All good reading for TAI members ahead of our next call on participatory approaches.

Gates Foundation’s culture is heavily data-driven, but The Economist points to the limits of that approach. Certainly, there are some beautiful data visualizations in the foundation’s 2021 SDG Gatekeepers report, but intriguing that the report has no mention of governance, transparency, participation, or accountability. Considering how current crises reflect governance failings, is it time to broaden the frame?

Hewlett Foundation’s TPA team held a second webinar regarding their forthcoming strategy – stay tuned for details. Their colleagues meantime share reflections and key priority areas in their refreshed Global Reproductive Equity strategy. You can read the strategy in English and French.

Ford Foundation spoke with the Black Feminist Fund (BFF) founders about why supporting black feminists movements is key to a more equitable future for all.

MacArthur Foundation’s Africa Director, Kole Shettima shares why the Foundation is investing billions of Naira in Nigeria following the launch of a five-year collaborative fund to facilitate young people’s leadership and civic engagement in Nigeria with Ford Foundation.

Shifting Sands: Experiences and Responses to Shrinking Civic Space from the Transparency, Accountability, and Participation Field
By TAI