In a week where climate negotiations dominated headlines, we dig into government- citizens relations, the potential to better track commitments, whose voices are influential and communities struggling with unmet promises of resource development. Plus, read up on citizen accountability demands, tax giveaways, and the lessons from a parking-ticket scandal. Check out two new global trackers and the latest on strengthening equitability in grantmaking.

Image Credit: Citizen Engagement Blog
We start today with some encouraging news. The Social Progress Index is a method for defining the success of our societies. It measures 168 countries on social progress, combining 53 different indicators—of health, safety, education, technology, rights, and more. The 2021 results are out, and 147 countries have improved their overall score since previous indices. Only four countries have declined: the United States, Brazil, Syria, and South Sudan. Could declines in governance be a significant factor in their drops? (You can cross walk with the recent World Governance Indicators data)

Turning to subnational level, Frances Brown looks at all the aid provided to local governance in Afghanistan and asks, “What went wrong?” Perhaps part of the answer can be found in a new paper that consider what information is most helpful for citizens demanding accountability. Pair with Brendan Halloran’s consideration of whether civic demands are prompting discretionary one-off responses by government or more meaningful shifts toward accountability.  Speaking of responsive governments, we are just a month away from the coming summits focused on open government and democracy: The Open Government Partnership (OGP) 10th anniversary Global Summit and the Summit for Democracy. Here’s hoping some ambition is retained.
Watch this!

The Paris Peace Forum had its fourth edition in Paris. You can watch some of the sessions looking at everything from global governance gaps revealed by the pandemic to civicspace concerns to information ecosystems to climate accountability.
Inequalities in carbon emissions: nothing new beneath the sun
Talking of Summits, COP26 dominated the news cycle. Transparency and accountability advocates raised their voice (e.g., OGP urged the application of open government approaches for climate change mitigation, adaptation, and finance, the Publish What You Pay coalition draw attention to corruption and inequity risks in mineral supply chains and the energy transition.)

However, in terms of physical presence, over 500 delegates associated to the fossil fuel industry dominated. Many of the big name firms sought association with clean initiatives, but more in the background were the national oil companies who dominate production. As this National Resource Governance Institute brief explains, they are a critical player for climate advocates to engage to reduce emissions.

Meantime, Lucas Chancel reminds us of the global inequality of carbon emissions over the past 30 years, finding that many of the poorer countries are already meeting 2030 emission targets. Despite such evidence, the latest agreement disappointed many, although there is some hope that more radical transparency will make it easier to track Glasgow commitments compared to those of the Paris accord.

In a sign of what’s possible, check out the Global Development Policy Center’s National Climate Funds Tracker (first of its kind) featuring key attributes and scope of 46 National Climate Funds across 39 countries. It prompts Rishikesh Ram Bhandary to urge leaders to consider not just when, but how finance will be delivered.
Resource booms – managing the expectations gap 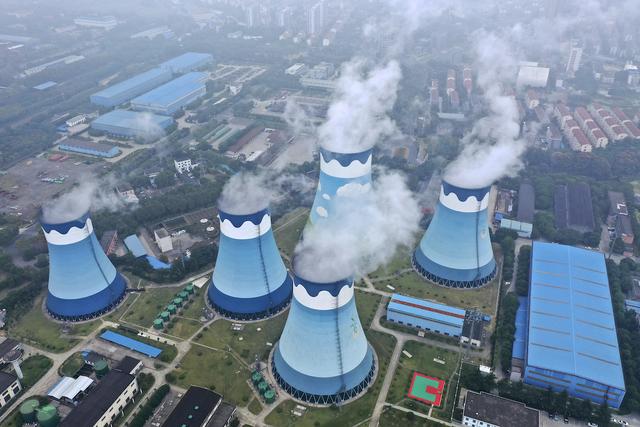 The dilemma facing fossil fuel-rich countries also vulnerable to climate change is brought home by Guyana –increasingly dependent on new oil revenues, ut with a capital city set to be among the first to be submerged by rising sea levels. Erik Katovich urges diversification based on examination of how local governments respond to resource booms, not least how those communities away from production end up worse off.

Of course, it also matters whether the projected revenues materialize. Case in point, a mining operation in the Solomon Islands owes millions in unpaid taxes dating back to 2015, with inconsistent record keeping and reporting complicating things even more. Further disappointment in Uganda, this time in failings to protect local land rights in the context of an East African oil pipeline.

For more read the Responsible Mining Foundation’s new report on pointing to the need to better limit harmful impacts on people, environments, economies, which persist even in supposedly better regulated mining jurisdictions.

How can a parking-ticket-scandal in New York City lead to a major finding on corruption around the world? Just one of the insights in this podcast interview with economist Edward Miguel via Freakonomics.

Where´s the data? – issues of control and availability

In a context where corporations, governments and civil society initiatives are competing for control over citizens’ data, Lucy Bernholz and Brigitte Pawliw-Fry advise on how to use information to power collective action.

The COVID pandemic has been a live case study in data production, management, comprehension. Good to see the multilateral organizations trying to get out more data on vaccination targets, supplies and commitments – see it pulled together in the second new global tracker to feature in this Weekly. Hopefully the tracker will be regularly updated.

Corruption in the eye of the beholder? – UK debates, Pandora Papers and public concern

The World Bank reflects on the Pandora Papers and good to see it willing to point to issues in US, UK, and France among others as key parts of problem of opacity and facilitation of corruption.

If you want to see the negative ramifications in enabling countries, foreign ownership of property in England and Wales has tripled in a decade – leaving locals facing higher prices. 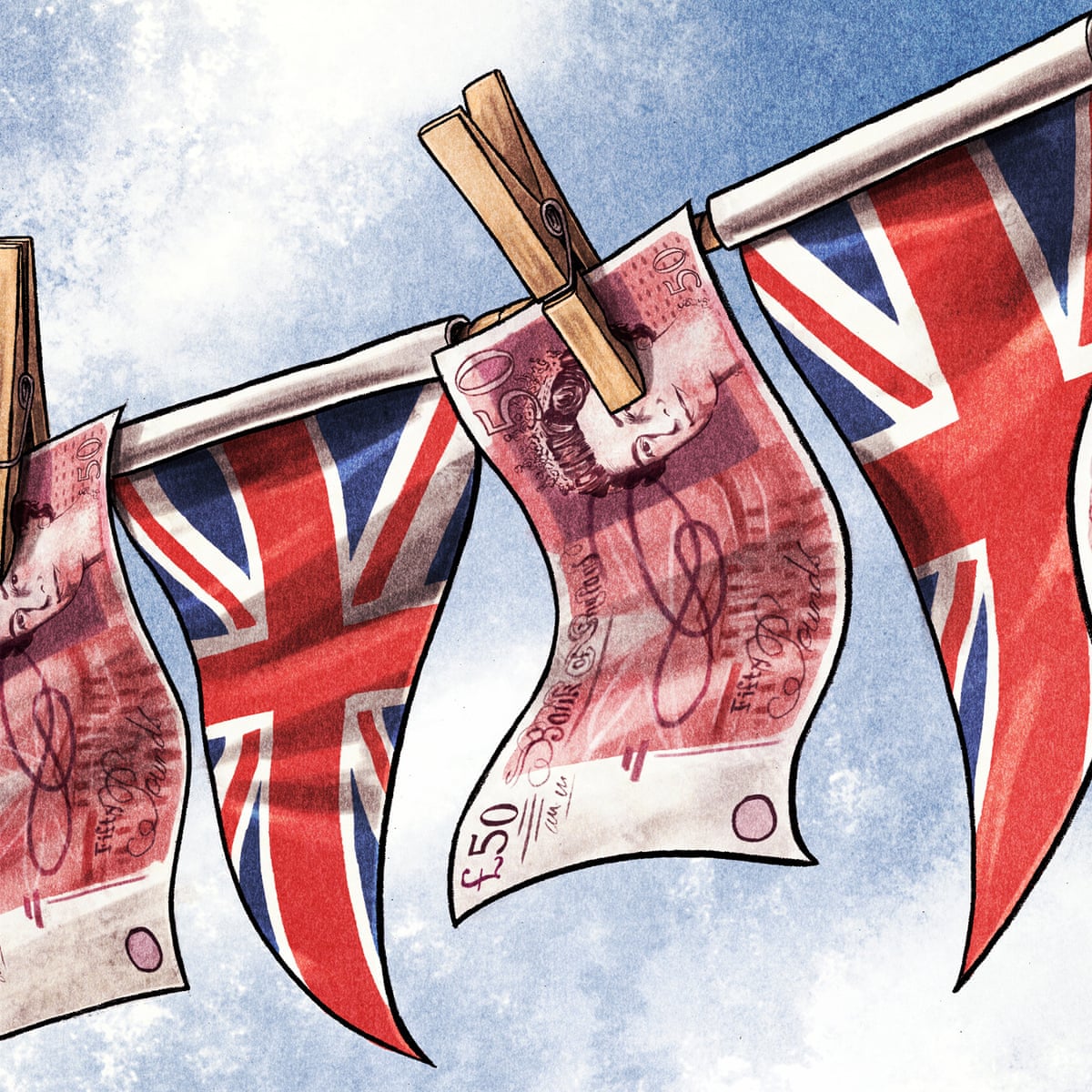 Nonetheless, Boris Johnson claims Britain is not a corrupt country (clearly he has not been reading recent TAI Weeklies!), earning a rebuke from Professor Sadiq Isah Radda, a senior Nigeria anti-corruption official. It doesn’t help that the UK government appears to be scaling back needed corporate governance reforms. Daniel Thomas, Michael O’Dwyer, and Jim Pickard explain what this could mean for transparency and accountability.

Of course, Nigeria has issues of its own, not aided by overlapping institutional mandates. Idayat Hassan details the EFCC and ICPC’s dual fights to contain corruption (and reminds TAI of its scoping on corruption data use that confirmed at least 16 agencies claiming some role in the anti-corruption fight)

Public fear of retaliation for highlighting corruption won’t help. The latest Afrobarometer dispatch highlights that fear is on the rise along side concerns for growing corruption and poor government responses.

Check out this review of two newly published books on enablers of corruption in the West (one of the authors speaking at TAI’s home base – the Open Gov Hub – this week).

The hidden world of tax expenditures – giving up revenue to whose benefit?

TAI enjoyed learning more about tax expenditures this past week with DIE organizing a research conference on the neglected topic. What are tax expenditures? Special provisions of a country’s tax code such as exclusions, deductions, deferrals, and credits that benefit specific activities or groups of taxpayers. The government gives up tax revenues for that benefit. A live example, is the push of President Biden in the US to push a tax expenditure to incentivize Americans buying electric vehicles.

Once in place such incentives are hard to get rid off (think of the resistance at COP26 to reducing fossil fuel subsidies). Paolo de Renzi gives us some concrete examples of what can and can’t be done based on experience reforming governance of tax expenditures in Latin America.

Another way to avoid taxes is to remain unregistered in the informal economy. The IMF is pushing government to tackle informality, but Mike Rogan, Max Gallien, and Vanessa van den Boogaard critique the logic, highlighting notions of unaccountability and power imbalances and reiterating that we must first address the systems in place that necessitate informal sectors in so many countries.

Don’t miss this episode of “Lagos to Mombasa”. In this podcast, Anit Mukherjeeand and Ugo Gentilini discuss how governments reach people with social protection programs, how such programs have been used during the pandemic, and what governments should do now to prepare for the next, inevitable, pandemic.

Trackers, reports and advice: this is the section for better grantmaking

Funders need to share decision-making power and most are not, a new study reveals. Timely reading as we prepare for our funder call on participatory strategy experiences this week. Gemma Bull and Tom Steinberg say if funders care about equity, they need to infuse their grantmaking with the value of humility and respect – and lay out four ways to do so. (Pair with our smarter grantmaking report urging grantee partners to demand such approaches)

Last week, we referenced USAID’s new push on localization of aid – so, intrigued to read this timely report insisting localization shouldn’t just be only about transferring resources but also not encroaching agency and respecting “ways of being”.
Finally, don’t miss Tom Aston’s analysis on the value of rubrics in evaluation and how they can help assess quality evidence in your program evaluation.

MacArthur Foundationsissued an important statement on the values that drive their work and their commitment to being accountable to their community.

MacArthur and Ford Foundations are among those funders supporting new holistic fellowship for social justice research. Read up on a new model for holistic research support, designed not only to fund the work but to support the person who does that work, too.

Communication assistant at International Centre for Tax and Development– November 21, 2021

Trustee position on the CoST Board at The Infrastructure Transparency Initiative (CoST)– December 1, 2021

Call for proposals: Informality, tax, and the state – Proposals accepted on a rolling basis

A global theory of change for participatory budgeting – November 16, 2021

Launch WikiLAI: “10 years of Freedom of Access to Information in Brazil”- November 18, 2021

Resolving citizens’ complaints: what makes it happen? Who owns the process? – November 23, 2021

Ronald Deibert on “Digital subversion: the threat to democracy”- December 01, 2021

Political Polarization and Municipal Government Accountability during the COVID-19 Pandemic in Mexico – December 8, 2021

Want to stay updated on happenings around the TPA sector, sign up for our newsletter here

Annex 3: Freedom of Information – Review of Impact and Effectiveness of Transparency and Accountability Initiatives
By Richard Calland